Get fresh music recommendations delivered to your inbox every Friday.
We've updated our Terms of Use. You can review the changes here.

I Was Wrong About Most Things To Do With Other People 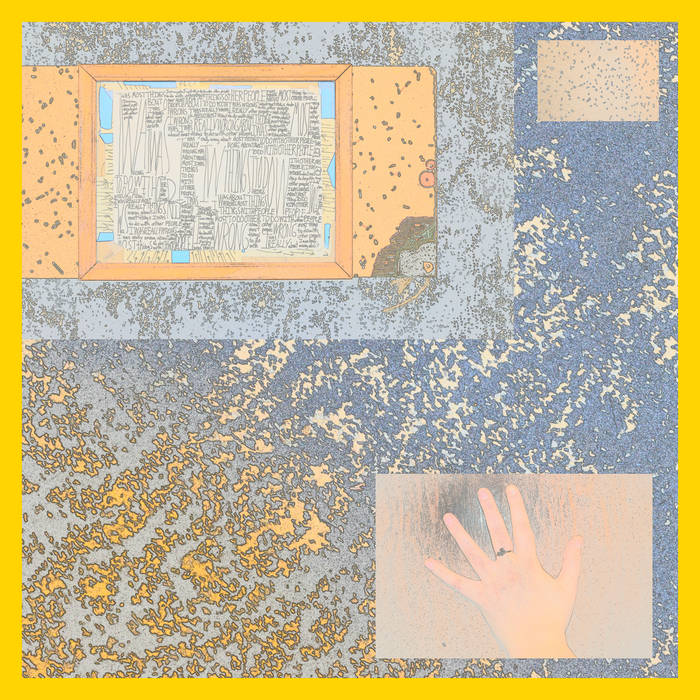 In the fall of 2019, I was very interested in using clearly-stated processes as a way of bringing about newness/ completion to projects. Certain bands/ projects I had worked on for years (that I absolutely LOVED!) seemed to be “fading” and I wanted to not only uncover new bands/concepts, but intentionally find ways of cultivating. For present and future renewal…!

This came out in many musical and non-musical ways including but not limited to: driving completely different ways to familiar destinations, composing without a band/project in mind, timing myself on tasks I don’t normally, regularly practicing presence practices, not timing myself on tasks I do time normally, extremely gradually introducing behavioral changes to natural aversions (whatever they were), sketching in silence, and trying to bike everywhere I could (within reason).

“I Was Wrong” was a piece that came out of a few stated processes I liked. They were:

- write something for a one-time event
- follow-through with something for the sake of it (almost impulsively)
- work on it for any length of time, almost daily, for one month
- choose a “larger" # people I’ve worked with in different projects, but not TOGETHER

A few days later after plotting this process out, I was looking at performance spaces with friends Nick Weckman’s and AJ Vanderelli for Nick's “worm opera” Worms Rise Up (wormsriseup.bandcamp.com). I came across a space at the arts complex 400 West Rich in Columbus that I adored. I immediately thought of a musical spark that could fit the stated processes above. I then went home... and BEGUN...!

Many things had been building to this thought but I immediately wrote down the title “I Was Wrong About Most Things to Do With Other People”. It happened quite quickly but served as more than a place holder. It was true, it is true and probably will still be true in the future. I constantly realize how much everything not only is other people, but LEADS to other people (whether stated or not). Previous to this time frame I thought of most of my actions as separate from others... seems silly but truly, I did (or at least didn't consider it that way). Life was often happening WITH others, but still separate lanes. During this time I started to think of myself/ my efforts/interests/ living as WITH others. Truly in relation to rather than a “means to an end”.

I think I know other people, but I generally don’t. I think I understand the people around me but often fail to notice their complexity, richness and subtlety. I started to realize that THIS vantage point is where ALOT of newness comes from... "late to the game" I know...

I then assembled the crew ("group process" check!), picked the winter solstice of 2019 as the date for the perf ("event process" check!) and used the month of September to work on it almost daily (last two processes check!)… Now… Unfortunately, when it finally came time for the event there was an issue with space usage and the event was cancelled… :/// … It then was rescheduled for March 14th 2020 (you see where this is going?!?!) and was cancelled again... This time due to COVID… :///…

Fast-forward to Aug 2021 and I finally just decided to book some time at Oranjudio (oranjudio.com) in Columbus to make it happen. I thought it was time to just record the damn the thing "no matter what". All of those who were involved I picked for the simple fact they’re wonderful people I’ve worked with before in different settings, but not together. I am so gosh darn happy this recording is finally done, can’t get cancelled (!!!) and will be out there in the world! Many thanks to everyone involved in the recording, my girlfriend Carolyn, our cat Odessa and the rest of my fam.

If you like I Was Wrong About Most Things To Do With Other People, you may also like:

Bandcamp Daily  your guide to the world of Bandcamp

sndtrak stops by with an Album of the Day Feature of his most recent release, FLIPS V1: Triple Lindy